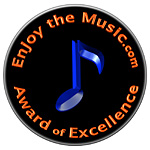 want perfection! Breathtakingly clear, natural and powerful AC power supply is a part of feature of AC ENACOM-Limited-Edition and is now definitive choice by listening perfectionist!

•Type of plug: WattGate 330i or 390i (Schuko European type)
•AC ENACOM-Limited-Edition Review! by Enjoythemusic.com, U.S.A.

I have some exciting news! The new AC ENACOM has just arrived, and so I immediately took it out of the box and tested it. Here is my report about what I experienced.

The AC ENACOM Limited-Edition is simply the ultimate AC power adapter. It is highly effective and delivers amazing improvements in detail and dynamics, while adding fabulous musicality. After installing a new Limited-Edition, the music delivery became subtle, yet more natural and open. It also enhanced the stability over the entire frequency spectrum and made the entire listening experience more lifelike and rewarding.

If my extensive AV business experience has taught me one thing, it’s that regardless of how much money you have to spend, it is hard to find something like this that offers such tremendous quality improvements and unbeatable value.

This new AC ENACOM Limited-Edition is simply amazing; it offers a performance you simply cannot afford to miss.

Being sometimes since G-Line ENACOM was sold out. It came back again freshly upgraded and that has become 20th Anniversary Special Edition. A big different as seen between first version and 20th Anniversary Edition, New Great-Line ENACOM have been uniquely and effectively improved by all aspect including such as case, connecters and wire.

Sound? Definitely, greater sound of 20th Anniversary Special Edition can hardly be afforded to miss out! Experience it by yourself, you’re going to love it. Audio signals travel virtually without distortion through the electronic circuitry to the output terminals. But once the signal starts travelling through the interconnect cables and speaker wires, it encounters load resistance, producing a ringing high-frequency distortion. This distortion brings you the harshness and grain in sound.

Great-Line ENACOM removes the harsh noise and grain. The music will start rolling and smooth in no way lacks for details and dimension. Sound will become so musical, relaxed and comfortable to listen. String instrument such as guitar and violin will become superbly delineate, more powerful and dimensional.

Great-Line ENACOM will elevate the sound quality of the systems up to unparallel level. Suggest all expensive line cables owners take up Great-Line and enjoy great music you have ever never experienced.

The Secret to Sweeter Sound

ENACOM audio noise eliminators by Harmonix are the easiest - and least expensive - way to filter out annoying RF noise as well as the ringing high frequency distortion caused by the inherent load resistance of interconnect cables and speaker wires.

The secret's out: Your system simply cannot sound any sweeter.

MIC ENACOM The success of lines of Enacom marketing since 1989, now introduce another phenomenal product. That’s MIC Enacom!
MIC Enacom can ultimately be used as noise eliminator of signal line of Microphone and Balance cables take out RF ring noise throughout full frequency spectrum. Thus, signal transmission will become so smooth without distortion that the sound of voice becomes natural without annoying mechanical distortion. MIC Enacom will also smooth out audio signal in balance configuration and let audio systems sound astonishingly clear, dynamic with wide range frequency spectrum and the sound of string instrument become very delineate. The result is realistic quality of sound that you thought was never possible.

ENACOM lines up by RCA line Enacom, Speaker Enacom, AC line Enacom that enable to clunk up the performance of Audio systems. In use of these Enacom in combination, the quality of sound of systems will become unparalleled. Try them and experience with beautiful sound you have ever dream of.

* How to use:In form as end adaptor, just connect MIC Enacom on the end of microphone cable or XLR balance line cable. You may need two pieces of Mic Enacom for use with XLR balance cable.

Enacom Tuning CD The Enacom Tuning CD, the first of its kind in the world, is an unprecedented new advance in sound designed to work in concert with the Speaker Enacom. Place this tuning CD in your current CD player, turn up the volume and push play.

Tuning takes ten minutes. The Enacom Tuning CD sends a signal through your system which automatically re-tunes it,

and extends the remarkable no-noise effect of the Speaker Enacom out beyond the speaker. It doesn’t matter what kind of speakers, or what grade of system you have; the Enacom Tuning CD will bring a whole new level of expansiveness and clarity to your music.

* In order to function properly, the Enacom Tuning CD requires that the Speaker Enacom be hooked up to your speakers first.

* NOTE:CSS-1 may not be applicable to active speaker systems with amplifiers built inside the enclosure.